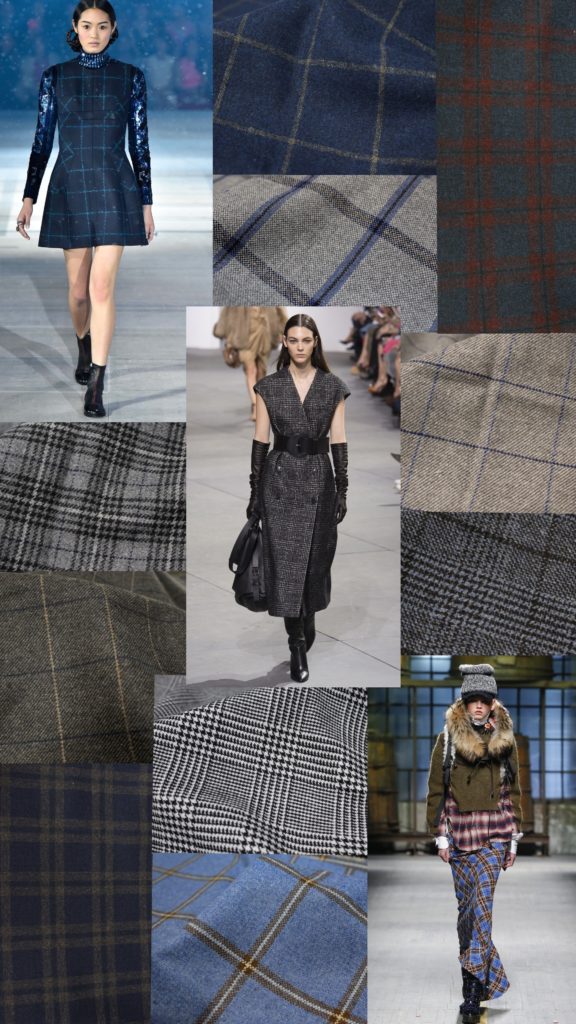 Plaid is derived from the Gaelic word Plaide, meaning blanket. This oversize wool garment also known as a “belted plaid” or “great kilt” was worn around the waist and then draped over the left shoulder. Today, the term Plaid refers to patterns inspired by traditional tartan designs, and the term tartan now refers to a type of plaid. “Plaid” replaced “tartan” once patterns became popular with British and American textile manufacturers who would recreate fabrics inspired by authentic tartans. 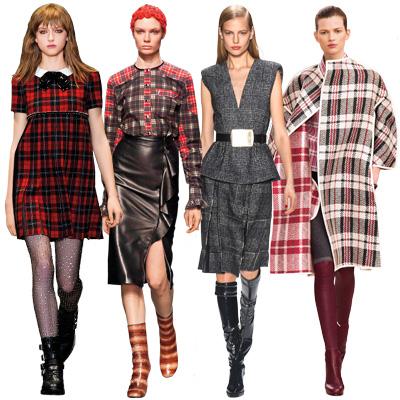 Tartan is a pattern consisting of multiple colored criss-crossed horizontal and vertical bands. The pattern of the stripes running vertically is duplicated exactly  on the horizontal axis. Where the different colors overlap, new colors are created.

Check patterns are simpler than plaids. They generally consist of two alternating colors, but not always. Checkered patterns are symmetrical, consisting of crossed horizontal and vertical lines that form equal sized squares. Each line is intersected by the same kind of line in equal intervals and widths. There are many different types of check patterns such as Gingham, Windowpane, and Buffalo.