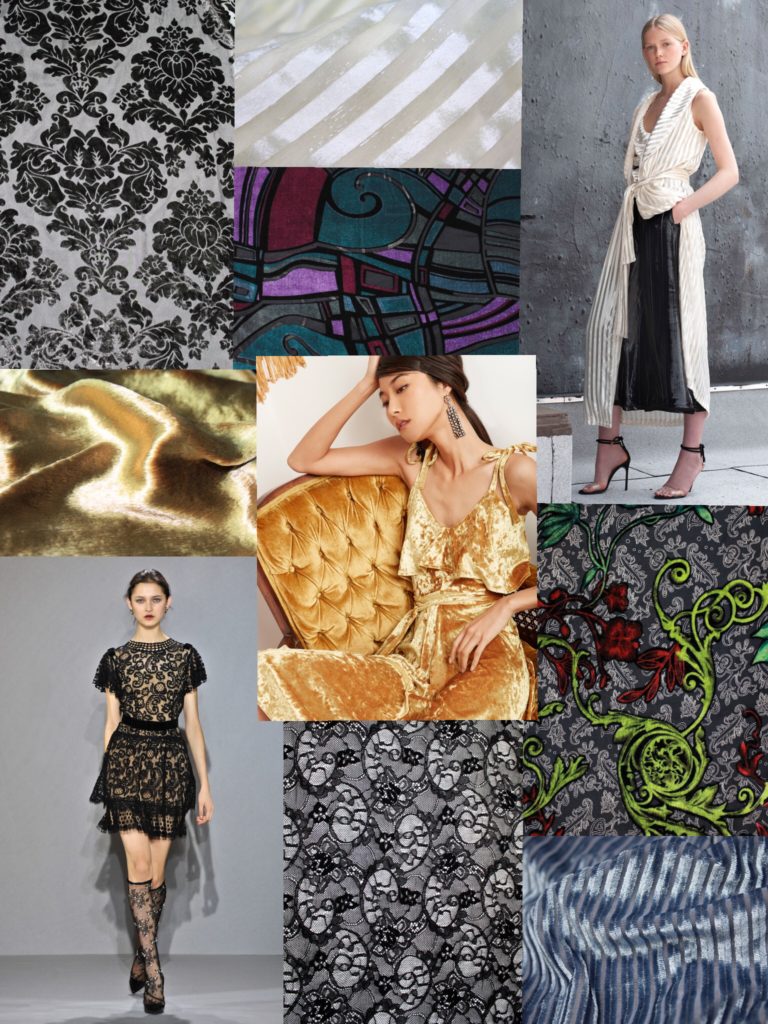 Velvet is a type of woven tufted fabric in which the cut threads are evenly distributed, with a short dense pile, giving it a distinctive feel. Velvet can be made from either synthetic or natural fibers. 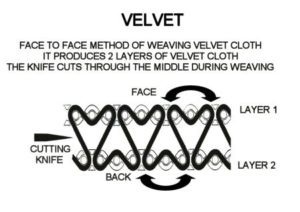 Velvet is woven on a special loom that weaves two thicknesses of the material at the same time. The two pieces are then cut apart to create the pile effect, and the two lengths of fabric are wound on separate take-up rolls. This complicated process meant that velvet was expensive to make before industrial power looms became available, and well-made velvet remains a fairly costly fabric. Velvet pile is created by warp or vertical yarns and velveteen pile is created by weft or fill yarns.

Velvet can be made from several different kinds of fibers, traditionally, the most expensive of which is silk. Much of the velvet sold today as “silk velvet” is actually a mix of rayon and silk. can also be made from fibers such as linen, mohair, and wool.

The Velvet in 2017 is very glamorous and sophisticated. It has a bit of its old and refined sort of decadent vibe to it, but then it’s so modern with a mix of 80s and 90s, that it can look so incredibly sophisticated. 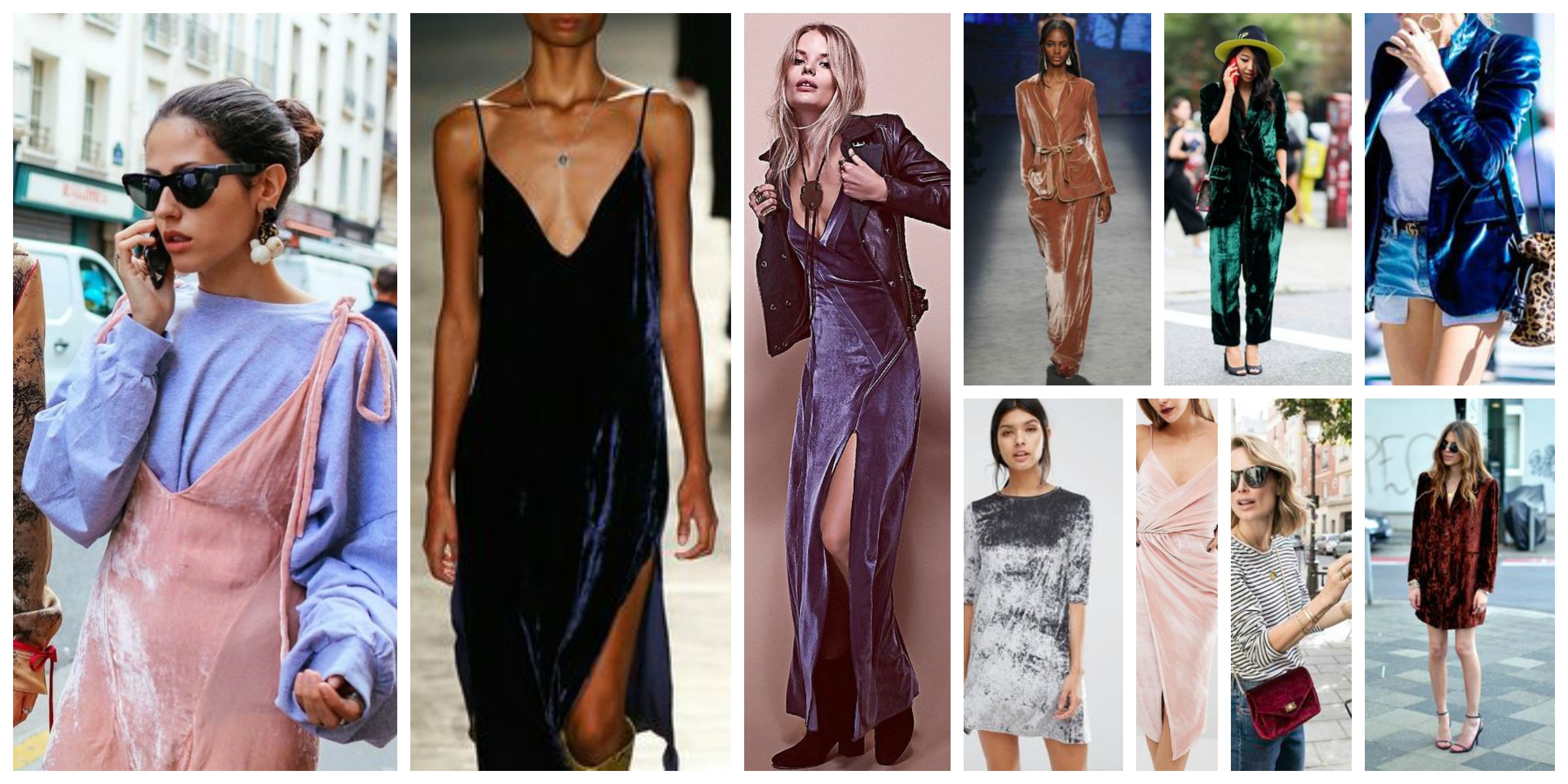 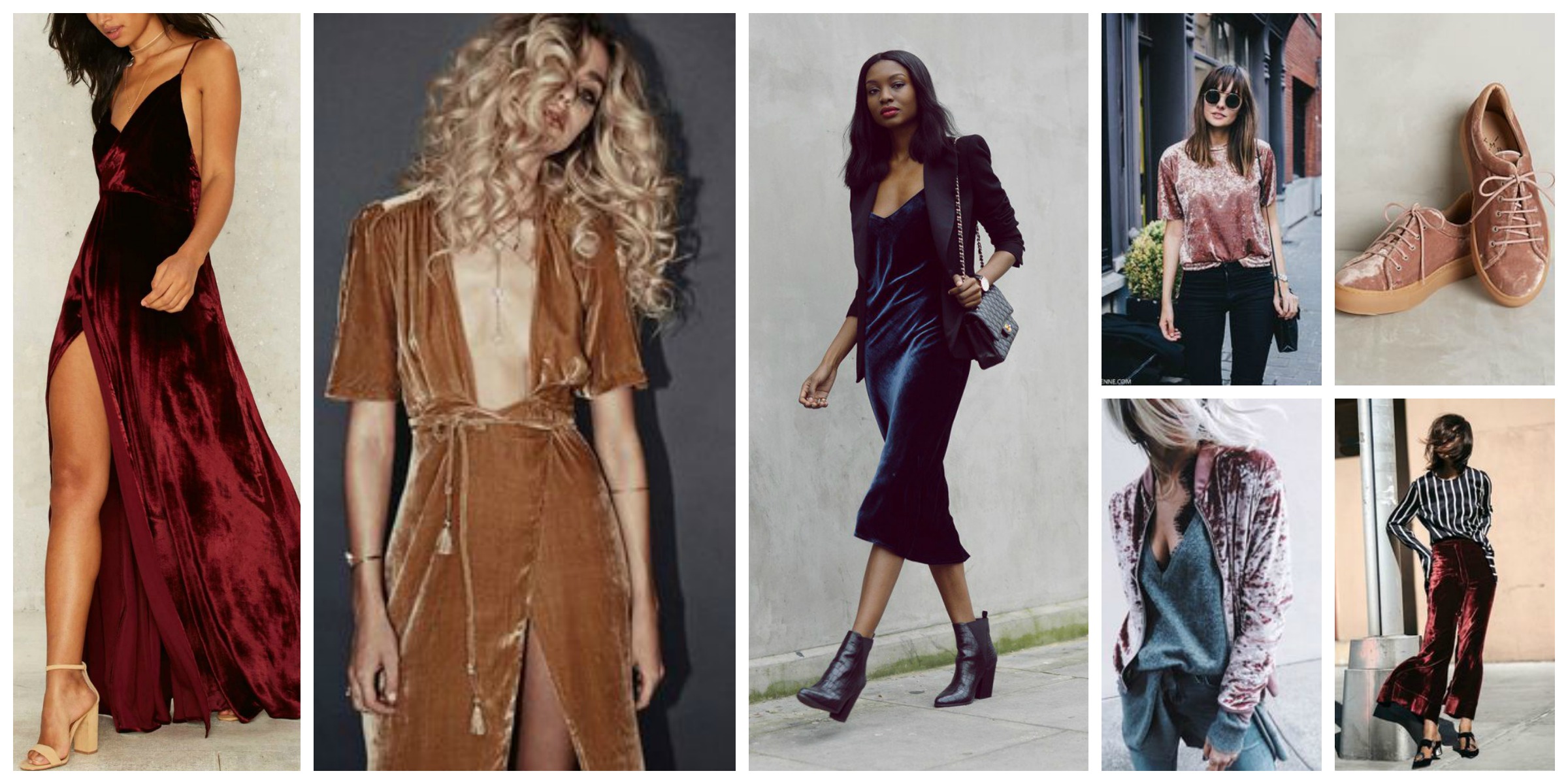